“When you prick a rainbow with a needle, what colour does it bleed?”

Cities don’t exist, only people do. No one believes this story. When the pages of memory are turned, we don’t see buildings, cars, bicycles or train stations, we see faces.

Owerri: the face of the stranger, who held your arm for too long after the handshake.

Enugu: the banker who smiled at you; you didn’t get the chance to wave.

Wukari: your birthplace; the face of the little girl who hiked up her skirt…when your mother wasn’t looking. You ‘touched’ her later.

Three cities, no names, just faces. The best way to know a city is to become a stranger to it, that way, everything becomes a surprise.

You are on your way to Kano, you hope to see it like Enugu; touch it like Owerri, and share in its little secrets like Wukari. But Kano will have a name. Trees, mountains, valleys, occasional wildfires zip pass the bus window, and the girl beside you, ears plugged, eyes closed, is reclining in her seat. The scenery looks like the universe has decided to paint everything you ever dreamt into a tiny, pretty moment. You look at her and you are convinced Kano is already there with you. You wonder why a city will come in search of you, when you are already on a quest for it.

Kano must be a passionate lover.

You have never spoken to a city before; you are not sure how it is done. Do you know the interesting thing about rainbows? you ask her. She looks at you interestedly, removes an earpiece and shakes her head.

We are all artists, you explain, our emotions paint different colours into the wind. The wind is an endless sheet of drawing paper, wide enough to accommodate everything our lifetimes would sketch:

She remains silent and you are almost certain you have ruined it all. You are about to apologize and nurse your wounds when she asks, When you prick a rainbow with a needle, what colour does it bleed? Her voice is a harmony of every bright shade you can’t imagine, and for one second, you almost believe in angels.

Faces, you say. Rainbows bleed the faces of everyone who has ever given us a handful of miracle and every picture hanging in the bedroom of our brains. You want to add, If you prick my rainbow, it will bleed your face; or I’m ready to let myself fall so deep into you, until I don’t know which way is up; or it only took the sound of your voice to resurrect constellations of every beautiful thing I thought I had drowned in my throat. But you don’t say all of these.

She smiles and says, You are very bad at starting conversations by the way. Have you ever been to Kano?

Yes, I have been in the city for thirty minutes now.

She shakes her head in mock despair and you chuckle, extends a slender hand for a handshake and says, My name is…

Kano. Your name is Kano.

(A hundred and twenty I-love-yous later)

Kano: the face of the girl who deflates rainbows, Lia.

Note:  This piece was first published in Quintessential Christian 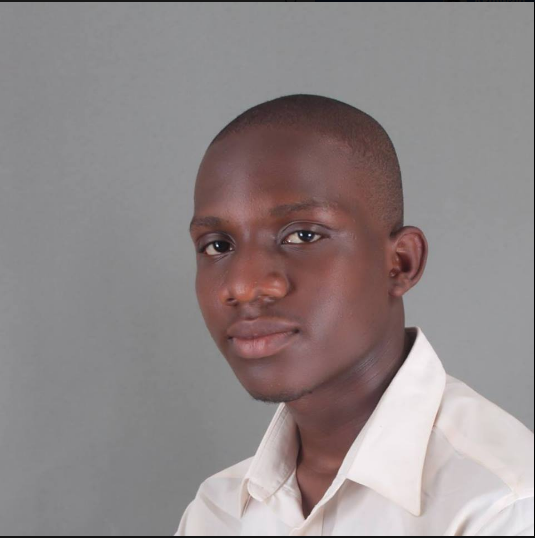 Chuwuemeka Akachi is a writer whose works explore suicide, love, sadness, and depression. He is a winner of the James Nnaji Prize for Poetry and was longlisted for the Okike Prize for literature. He is currently the chief editor of The Muse, a journal of critical and creative writing. He is an editorial intern at Nantygreens. His works have appeared in Tuck Magazine, Kalahari Review, The Muse Journal, Nantygreens, Naijaonline, The Okike Literary Prize anthology, African Writer, Kabaka, Type/Cast Magazine, and others. He was recently shortlisted for the Chronicles Short Fiction Prize.